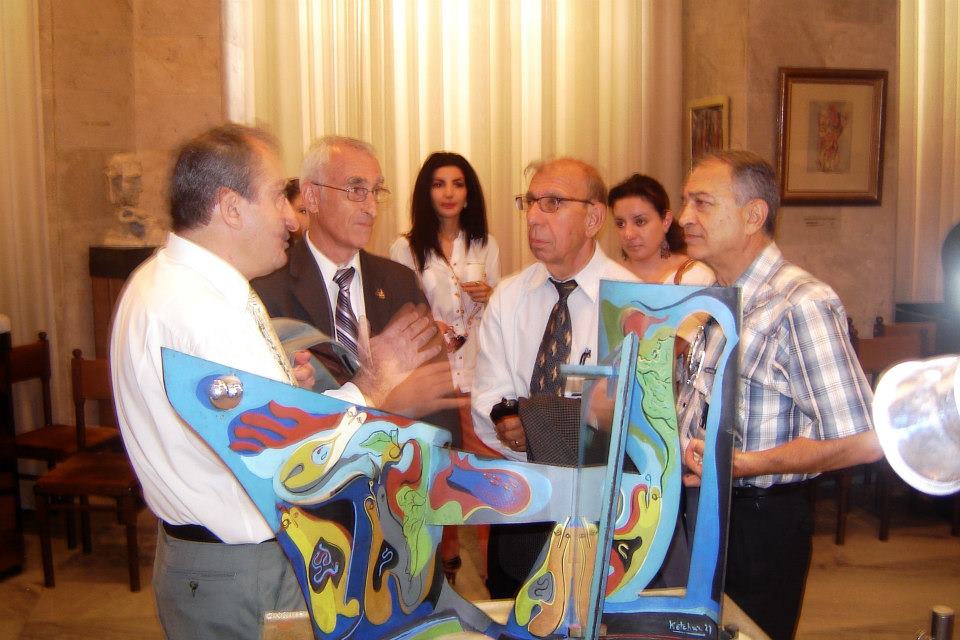 At  ArtMonaco’12  (5-8 April 2012), sponsored by Monaco’s royal family and highly rated in the international art business, Kochar’s newfound  Painting in Space ”First Sin” (1927) won the Grand Prix in the Baroque Nomination as a piece of art which had a significant impact on the development of the 20th  century visual arts. In previous years this honor was given to the works of Picasso and Magritte.

This spatial masterpiece of Kochar nearly 70 years was  in  collection of  the famous French collector Patrice Trigano.

In  2011  the  “Shedevr” Art Gallery  by the efforts of  S. Grigoryan  brought home from Paris  this ”Painting in Space”, creating  possibility of this truly historic exhibition.

The exhibition at Ervand Kochar Museum will be accompanied by the film «First Sin». The film was created by the museum, based on  own way interpretation of  Doctor of Physical PhD A.Shahkhatuni.