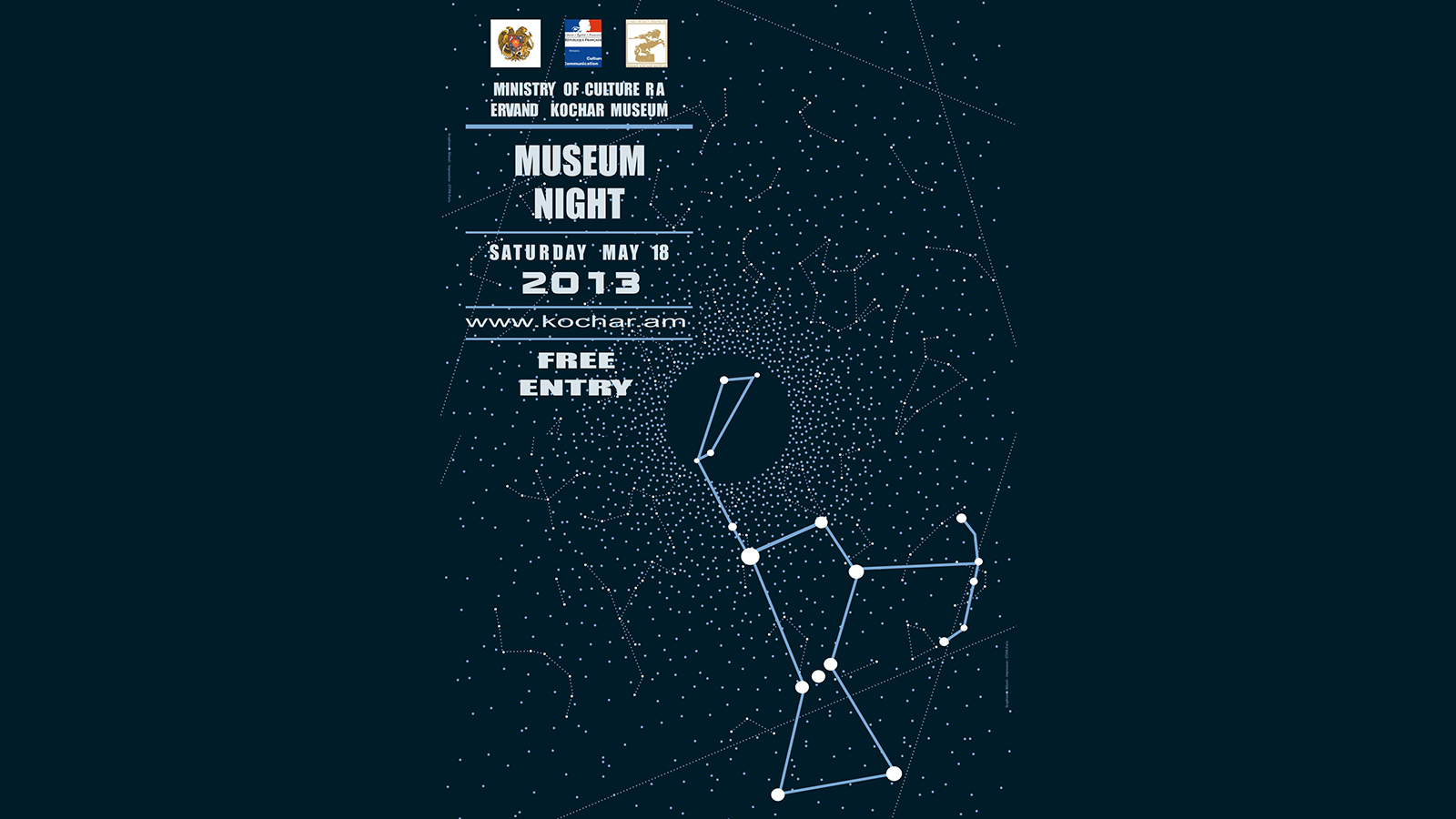 During “Museum Night 2013. ” event  was the Virtual guide – tour  presentation of  Ervand Kochar’s monument ” Eagle of Zvartnots “, carried out by the  “Lokator”  firm.

At  the museum hall of the one hand are presented Kochar’s Paintings in Space as the highest achievements  of  XX century avant-garde art , on the other hand, a virtual 3D model of the” Eagle of Zvartnots ”  as the greatest achievement of scientific mind  of  XXI century.

The monument  ” Eagle of Zvartnots ” was installed in 1955 on the highway, at the road leading to the ruins  of temple of  Zvartnots.

The  author of the sculpture is  Ervand Kochar, the architect of the monument is Rafael Israelian.